Northern Greece provides diversity for all types of holidays - cultural and pilgrimage, active and wellbeing tourism. Relaxing by the shimmering aquamarine sea in Halkidiki can easily be combined with a visit of a large modern city Thessaloniki or with an acquaintance of ancient Macedonian monuments. 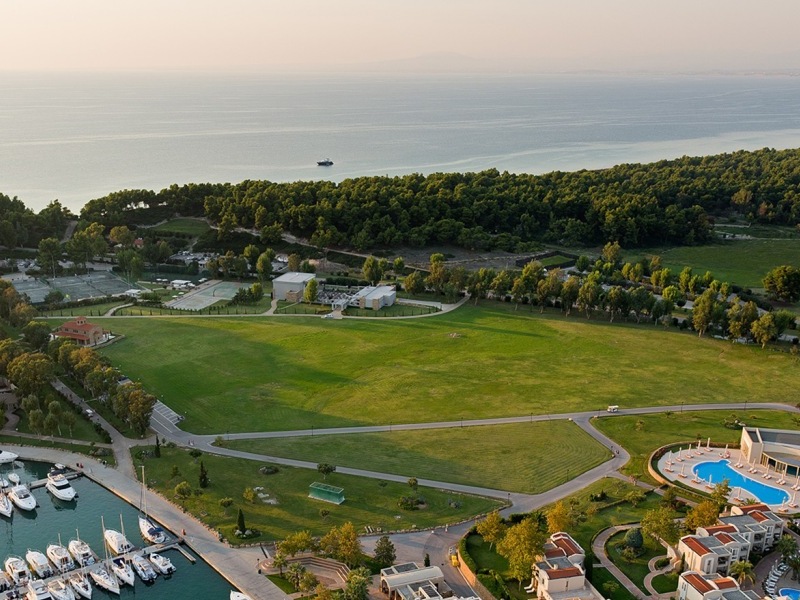 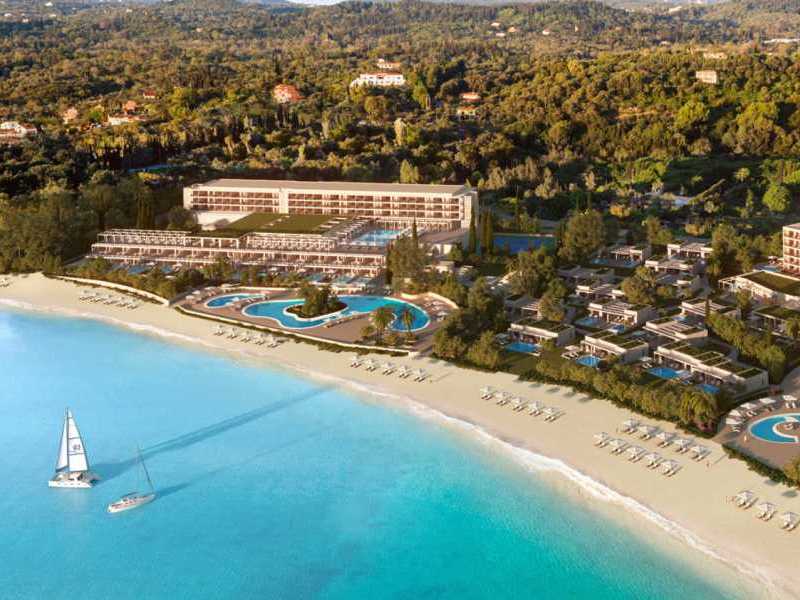 IKOS RESORTS Please send you request to info@slavatours.com and we’ll send you all special offers.

A FEW WORDS ABOUT NORTHERN GREECE

Northern Greece, which is distinguished by the spectacular natural beauty, impressive mountains and green forests, consists of 2 regions. Macedonia – is the largest region in Greece, which was the center of ancient Hellenistic culture. Here are located Thessaloniki – the second largest city in Greece, where left their traces the Roman and Byzantine empires. Thrace, on the contrary, had a strong trace of Turkish culture, which influenced the local architecture.

In the south of the region rises the highest mountain of Greece – Mount Olympus, and in the northwest there is a national park – Lake Prespa. Two western “fingers” of Halkidiki peninsula – Kassandra and Sithonia – very popular tourist destination, and on the eastern “finger” is the Monastic community of Mount Athos.

VISIT WHILE IN NORTHERN GREECE

The second largest and important city in Greece and a major port, which, of course, reflects the rhythm of urban life. A beautiful beach promenade overlooking the Gulf of Thermaikos, a shady seaside park and a large number of Byzantine churches such as Agia Sofia and Agios Dimitrios lend the city a special charm. The city was founded in 315 BC. by King Cassander and there have been Romans, Byzantines and Ottomans. As an architectural heritage, you can see the White Tower – the symbol of the city; The Rotunda and the Arch of Galerius of the Roman Age; the surviving fragment of the Ottoman Thessaloniki – Ano Poli (Upper Town) and the remains of Byzantine Walls. There are many museums in the city, including the interesting Archeological Museum, and the Exhibition Center, where international trade fairs held throughout the year.

The name Olympus refers to the entire range spread for 20 km. The highest peak is Mount Mitikas, its height is 2917 m. The ancient Greeks, fascinated by the beauty of these places, believed that it was the home of the powerful Greek Gods. Base climbing of mount is usually the picturesque mountain village Litochoro with hotels, taverns and shops. More higher there are 2 mountain tourist centers with permanent staff.

It is located 10 km of Litochoro and named for the Zeus God – “Dios”. Here you can see the beautiful mosaics of the ΙΙ century, the well-preserved Roman baths and the ancient theater.

The main treasure of Vergina is the tombs, including the tomb of Philip II, father of Alexander the Great and other representatives of the royal family. In Vergina, you can also see a large number of gold artifacts and funeral items found during excavations.

A charming green town known for its flowing rivers, streams and waterfalls, as well as restored water mills and ancient Balkan houses.

This resort is situated 30 km north of Edessa, almost at the border of Greece with Skopje. Guests from all over Greece and from other countries come here for therapy in natural springs with healing hot water and to walk in the beautiful green forests and picturesque mountains. Baths are recommended for diseases of blood circulation, respiratory diseases, rheumatism, gynecological and skin diseases. Drinking water is used for diseases of liver, kidneys, digestive and urinary system.

Hidden in the amazingly beautiful, until recently hard to get, mountainous region of northwestern Macedonia, on the shores of a picturesque lake Orestiada, lies a charming city Kastoria. The city avoided great destruction that had other major cities of Greece in the 20th century and thus preserved the unique traditional character of the Greek diocesan town. Kastoria is rich, and it remains so for many centuries, as it is the center of trade in the southeast of Europe. Although local beavers (“kastori” in Greek) were already exterminated in the past century, a large number of fur coats and other excellent fur products, widely known in many countries of the world, are produced in Kastoria.

Monastic Community is like nowhere on earth. It is a separate state with its own laws, governed by a monastic government. From 1045 there is a prohibition on entry for women the territory of Athos, which is strictly observed till now day. On the Holy Mountain, there are now twenty male monasteries, where live about 1,700 monks. To visit Mount Athos, men need to get special permit (visa). Since the entrance to women is forbidden, to men are restricted, but ancient monasteries are interesting for all, thus, there is opportunity to see them from the sea, during a boat sea walk along the Athos coast.

THE RESORTS OF NORTHERN GREECE

Major resorts and hotels of Northern Greece is concentrated on the lovely Halkidiki Peninsula. The beaches here are white sand, framed by the turquoise seas. If you are attracted by nature beauties and sightseeing’s, it’s worth starting from here.

The peninsula Kassandra, nearest to the Thessaloniki, has become a popular vacation destination thanks to the crystal waters, sandy beaches, nightlife and luxurious hotel complexes. The most famous of them is SANI RESORT, located on the territory of an ecological reserve stretching across 1.000 acres with pine forest, endless golden beaches and emerald waters of the Aegean Sea.

The peninsula of Sithonia, compares to the neighboring Kassandra is slightly larger, but less crowded, with fewer large hotels and resorts. The nature here is far more picturesque, with dense forests, sandy beaches and cozy bays. The largest hotel complex of the peninsula is PORTO CARRAS, located on a beautiful green area of more than 1.700 hectares, with a coastline of  9 km and has 2 hotels, villas, a marina for yachts, a casino, a spa, a golf course, horse riding, wineries and much more.

Those tourists who like to stay on an “all-inclusive basis” chose famous hotel chain IKOS RESORTS. Two resorts, Ikos Olivia and Ikos Oceania, located in magnificent places, each with a private beach, lots of swimming pools, and a huge territory with evergreen, landscaped gardens. Here you will find personal service and a completely new level of relaxation, where elegance and the highest level of quality are of particular importance. Ikos Resorts, repeatedly awarded numerous awards, revise the classic concept of luxury beach holidays in Greece “all inclusive”.  According to TripAdvisor version in 2018, Ikos Olivia was awarded 1st place as Best All Inclusive in the World and in Europe. Sister property Ikos Oceania was awarded 3rd place in the World and 2nd in Europe.

Possidi – an amazing beach in Halkidiki